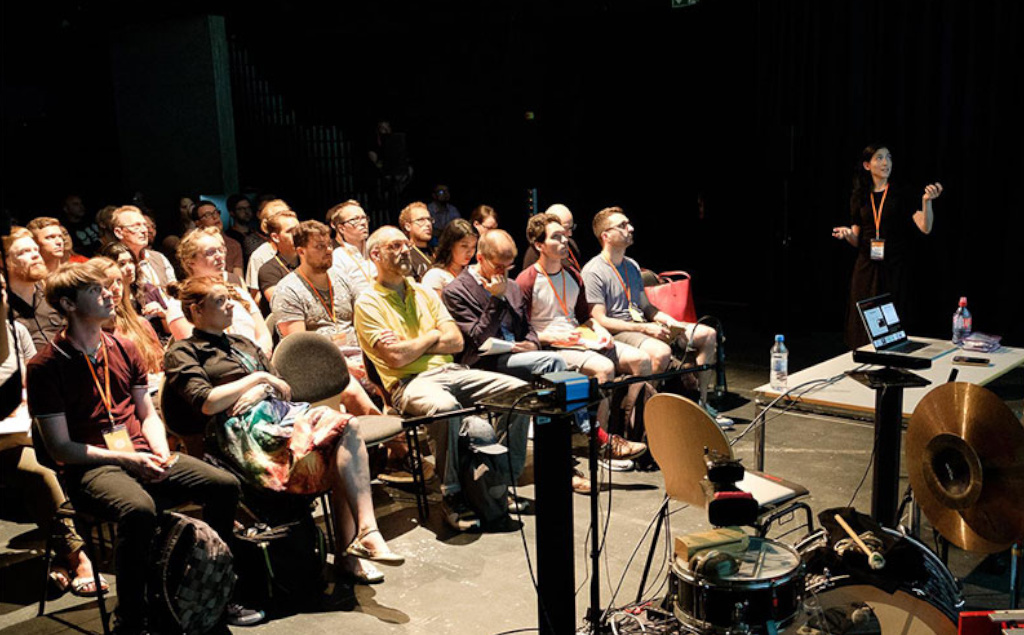 EAD in Milan and Hamburg!

We haven’t published a post since March so we thought it was time we updated you on what we’ve been up to.

In May, Gavin and myself travelled to Milan for the Audio Engineering Society 144th Convention, with the aim of presenting the results of the final stage of EAD. Our presentation was entitled ‘From Seeing to Hearing: Sound Design and Spatialisation for Visually Impaired Film Audiences’. The tutorial was structured around examples from our case study ‘Pearl’ demonstrating how the original version of the film had been turned into an accessible version by using the principles studied in our project: the addition of sound effects, the use of first person narration and the application of binaural audio.

Only a few weeks later I visited Hamburg to take part in Klingt gut Symposium on Sound. I presented the concept of the project together with the results to a full house! But even more exciting was the fact that it was the premiere of the film ‘Shelf Life’. The volunteering team very kindly set up a room full of wired headphones so that audiences could watch the film with binaural audio. Shelf Life was very well received, and we had insightful discussions, that included questions on when we would see our accessibility techniques at mainstream cinemas.

The official end of the project was on 30 May but we are committed to continuing working on providing alternatives to accessibility to visually impaired film audiences. Our research has demonstrated the need to personalise access and we hope that this project and the ones to follow are able to bring those alternatives to end-users all around the world.