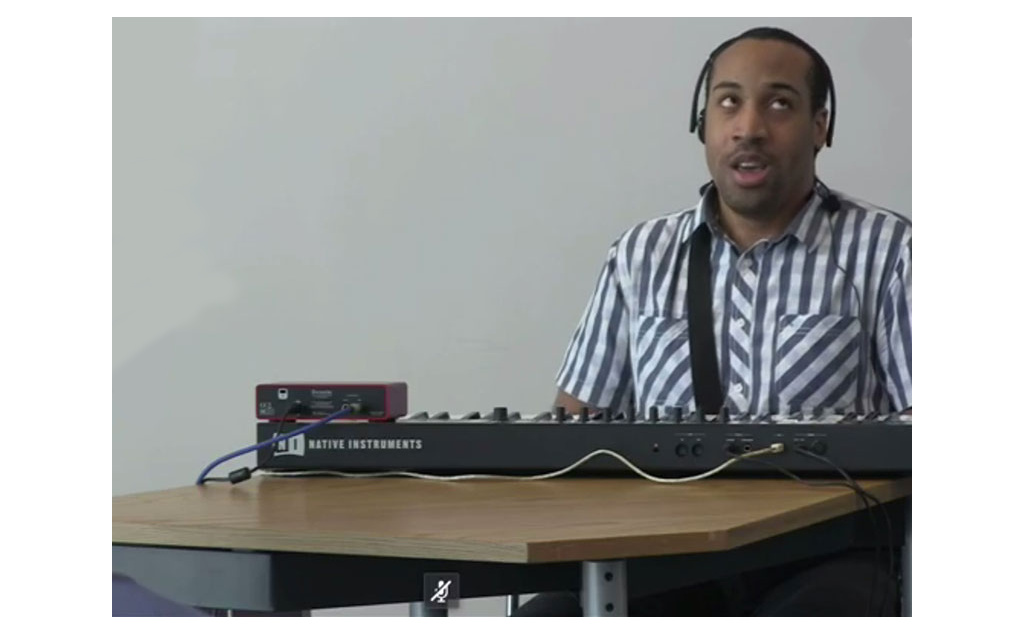 Andre Louis is a musician, lover of all-things technology, self-proclaimed geek and loves trying out new gear whenever he can get a hold of it.

Andre was the first visually impaired person in the world to own the ground-breaking Komplete Kontrol software from Native Instruments, and has been making music with it for the last year.

He strongly believes in using off-the-shelf products wherever possible, and not bespoke items for visually impaired people, so you’ll often find him making music in Logic Pro X, with his MacBook air and an iPhone off to the side. Fascinated by new and emerging tech, he’ll gladly tell you that one of his ambitions is to own a self-driving car when they become available, so he doesn’t have to rely on other people’s good will and transport to get to gigs.

See Andre also on Native Instruments and the BBC.

See Andre also on Native Instruments and the BBC.