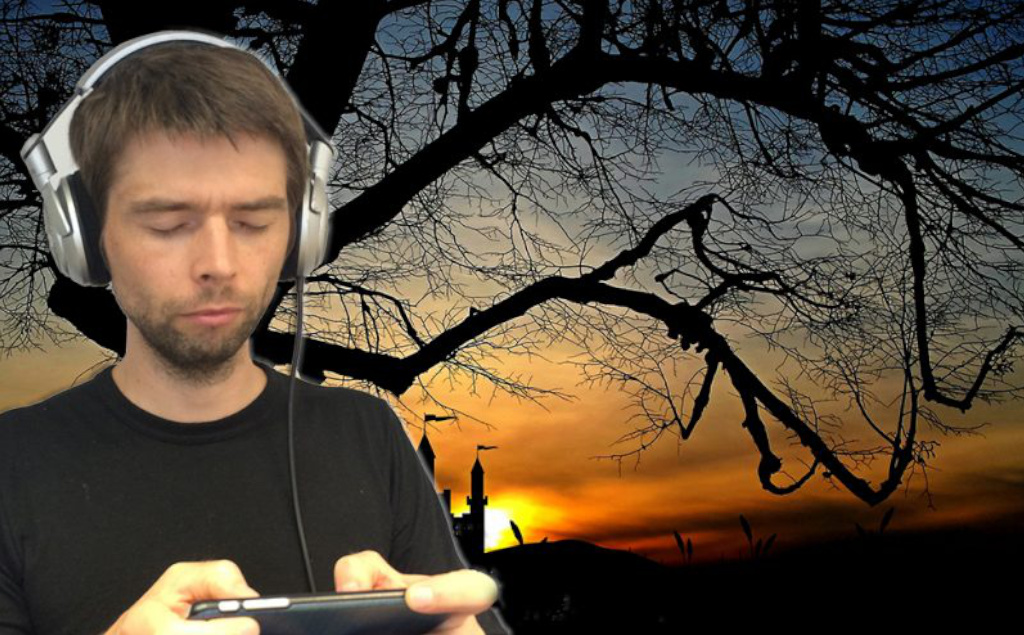 On Audio Games and Accessibility

As part of our research on the use of sound design to make films and TV programmes inclusive, we have been looking into the field of Audio Games, that is, games in which audio is the main way of communication and entertainment and which can be played regardless of one’s sight condition.

We’ve been playing (quite a nice task!) some of the best-regarded Audio Games including Papa Sangre (2010), The Nightjar (2011) and A Blind Legend (2015). These audio games bring together narration, dialogues, music and sound effects to create an engaging experience that is reliant on audio. Moreover, they use binaural sound, which is a way of experiencing 3D audio over headphones. Panning (left, right, front, back) of sound effects and voices is used to help players locate elements of the story and changes in volume allow the estimation of their proximity within the game world. These Audio Games also use reverb (an effect by which, for example, a studio recorded voice, might sound like it was recorded in a cathedral, or in a small room) to indicate a change in the environment.

We encourage you to give these games a try! Let us know what you think!