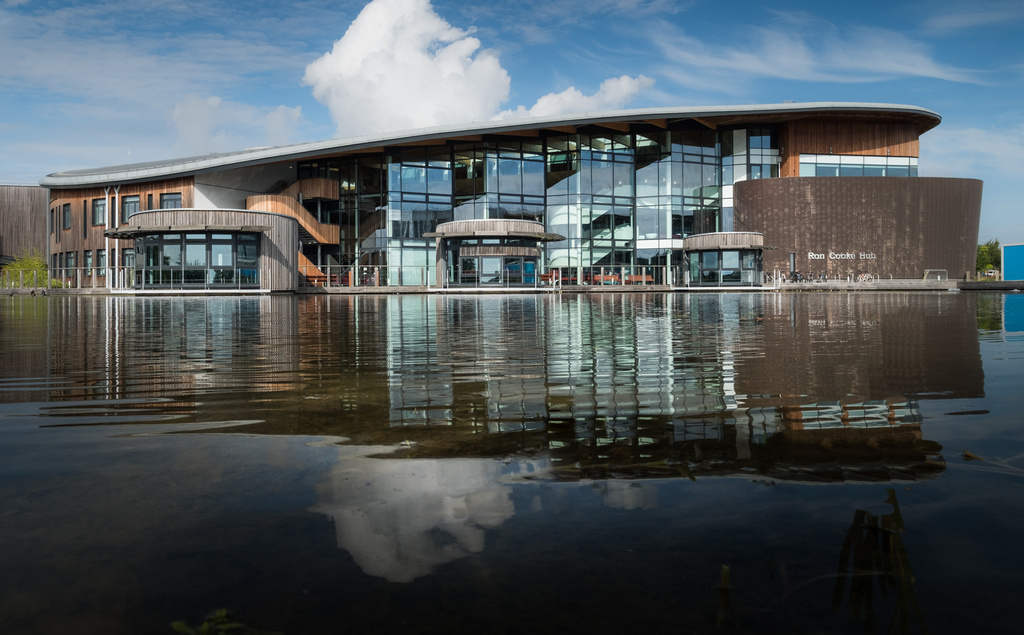 York Talks - Seeing With Our Ears

On 11 January 2017, at the York Talks – Research in the Spotlight event organised by the University of York, Mariana gave a presentation outlining our research progress.

With the number of visually impaired people in the UK expected to rise to four million by 2020, Dr Mariana López is bringing the creative and technological industries together to widen access to the many millions of them who watch film and television.

She argues that the film and TV industry has failed to catch up with new technologies in the field of sound design, which can be used to reduce the number of verbal descriptions and provide an immersive experience. Her goal is to exploit the potential of existing technologies – getting film directors, scriptwriters and actors to ‘see’ with their ears.

More information can be found on the York Talks website.

Mariana kicked off the afternoon session of York Talks with her presentation on the Enhancing AD project, Seeing With Our Ears. To the confusion of her audience an audio only clip of a film (Pearl) was played with no explanation or visual elements. Mariana used the clip as a springboard to discuss the difficulty of interpreting a film without any visuals and without any accessibility measures. She then moved on to talk about Audio Description and the Enhancing Audio Description project, and ran a binaural demo.

Mariana’s talk was followed by three other presentations demonstrating the diversity of research carried out at the University of York. After all the speakers had presented a Q&A was held, chaired by Jonathan Cowap from BBC Radio York. It was great to see so many people interested in the research and asking questions.

One of the participants was interested in knowing more about the connection between Enhancing Audio Description and traditional radio drama techniques. Mariana explained that her work on Audio Films explored how sound design techniques could be adapted for audio-only formats. However, when working with alternatives to Audio Description we need to bear in mind that there are visual elements that need to be communicated; a concern not applicable to radio drama.

There was also interest in the use of first person narration, which Mariana explained could be used as an alternative to a third person commenting on the action. Unlike classic Audio Description, this would be part of the creative process; streams of consciousness by existing characters would provide information in a more organic, entertaining way.

But is the technology possible? Cowap questioned whether digital development will allow for this technology to be used in homes faster. Simply put, yes. Mariana reflected that perhaps the subject has not been previously pushed as it was not thought possible. She proposed that we can deliver different versions of accessibility to accommodate different needs, and should not assume that one model of accessibility fits all users.

The social dimension of the project was also part of the discussion. Should the Department of Theatre, Film and Television be focused on the impact of media on society? Mariana commented that she hopes that her students, through lectures, practicals and discussions are aware that audiences are diverse and that we have a social responsibility to increase awareness on this. It was these social concerns in particular which sparked discussion on social media, with participants using the hashtags #YorkTalks and #YorkResearch.

What next? Making sure that the research findings reach Audio Description users.

Tell us your thoughts below.