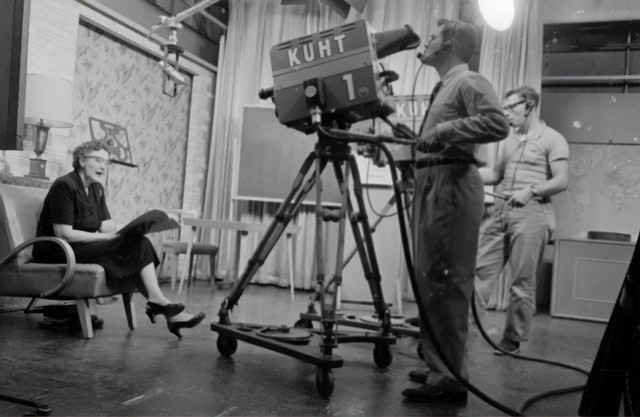 On 3 November 2016, Mariana gave a presentation at the 11th International Conference on Language Transfer in Audiovisual Media, Berlin. The title of the presentation was Towards a Framework for Enhanced Audio Description

Since its conception in the 1970s, Audio Description (AD) has been making visual content accessible to visually impaired people through sound. In film and television a pre-recorded audio commentary provides information that clarifies the narrative, such as descriptions on actions, gestures and places. Although, throughout the years, digital technologies have been used to improve the mode of delivery of AD, the notions behind its design have been mostly unchanged despite significant advancements in the field of digital sound production and postproduction. Furthermore, AD is a process separate from the creative production and only considered as an accessibility strategy. AD guidelines have failed to acknowledge how advancements in digital audio could be game-changers in the process of conveying information as well as providing an entertaining experience to visually impaired audiences.

The ‘Enhancing Audio Description’ project led by Mariana López (Anglia Ruskin University) and Gavin Kearney (University of York) is the first to research how digital audio technologies can transform the design and implementation of AD for film, television and interactive media and as a result, change the ways in which visually impaired audiences experience audio-visual presentations.

The presentation discussed how the number of descriptions used in AD could be reduced by using surround sound rendering and interactive media systems to create a more spatially accurate soundtrack. Mariana reported on our exploration on the accurate rendition of character and object positions in space, types of shot, camera movements, camera angles and depth of frame.

At the heart of the ‘Enhancing Audio Description’ project is the belief that findings in the field of accessibility should not remain in the research lab but should instead reach the end user. With this in mind, the project counts with a Project Advisory Panel with representatives from the film, TV and accessibility sectors; the presentation reported on suggestions drawn from Panel discussions on how to ensure the film, TV and interactive media sectors are both agile and inclusive.

More information can be found on the Language and Media website.