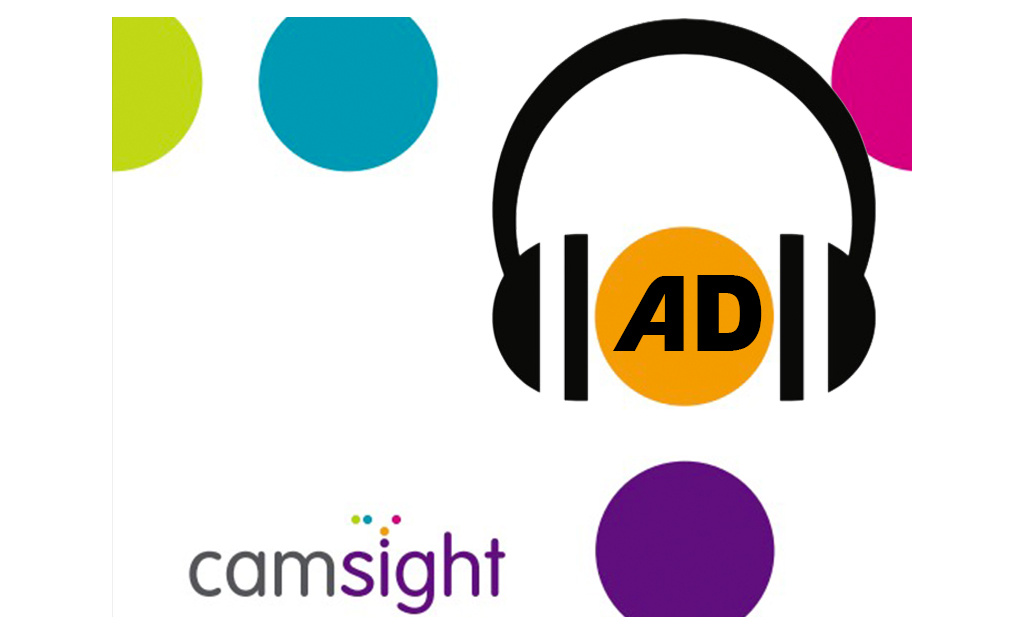 Jerry and Warren from CamSight

Some thoughts on our project from our advisory panel members, Jerry and Warren from Cam Sight, Cambridge.

Warren Wilson and myself (Jerry Gilbert) come to the Enhancing Audio Description Advisory Panel with quite different experiences of visual impairment. These differences are related to the time in our lives at which we lost our sight. Myself at the age of 5 and Warren being in his late teens. We were also born in different decades me in the mid 60s and Warren in the 1990s. What we experienced visually in our lives and the length of time we experienced the visual world for will have formed our understanding of that world and the conceptual framework that we fit that understanding into.

We have each written a piece that shows why we feel being part of the Enhancing Audio Description Project is important to us.

For as long as I can remember I have been a fan of film, TV and various other forms of art and culture. At Sixth Form College I decided to pick the subjects Film Studies and Media Studies, I took Media Studies to AS level and Film Studies to A level. At the end of my sixth form studies I started losing the majority of my sight and over the course of three or four months, whilst I was doing my A-level exams I lost the majority of my sight to the extent where I can no longer see someone’s face, read text or make out anything useful on a screen.

I can’t remember the precise moment I first came across Audio Description, but I seem to remember it being shortly after losing much of my sight. I think that some of the first films I watched with audio description were Tim Burton’s Alice in Wonderland in the cinema and The Curious Case of Benjamin Button on DVD. In the cinema the headset was faulty and I had to get a replacement, which was quite disappointing. With the DVD, it was possible to watch the film at home with my family and enjoy it with them, my main concern was whether the Audio Description was intrusive for my family.

Someone who really altered the way I think about these things is the blind film critic Tommy Edison. I started following Tommy Edison a few years after losing much of my sight and I loved his YouTube videos. He had one video where he reviewed Kevin Smith’s film Clerks, I watched it upon his recommendation and he was right, it was possible to watch the film and not miss out on a thing. I have also watched and loved the Lars Von Trier film, Dancer in the Dark. This is a film in which the audio description fitted the mood of the film perfectly. It was not too intrusive and just filled in the most visual parts of the films, I feel it helps immerse yourself in the filmic world as it allows you to relate and sympathise with the characters. To me, this is an example of Audio Description that feels like it has had some influence from the director as it seems to match up with what the director is trying to portray in the film. I feel this is what Audio Description should be aiming to do as opposed to providing the audio describer’s interpretation.

The reason I am involved with the Enhancing Audio Description project is because I am passionate about different forms of art and culture and Audio Description is a way of making that more accessible to visually impaired people. I have been fortunate enough to be able to be part of this project through my role at Cam Sight, the local charity for blind and visually impaired people in Cambridgeshire. I am very proud to be part of this group because I feel it is very important to be constantly striving for the best possible way of making art and culture accessible to visually impaired people, which is a question that encompasses so many strands. How to make art accessible may raise questions such as the best hardware to use, whether to describe with words, sounds or other audio, how to describe to someone a piece of art whilst remaining objective and leaving elements to the individual’s interpretation. I feel this is an on-going process and I am proud to be part of it.

For most of my life I have experienced film and television without Audio Description. I lost nearly all of my sight over 7 days in 1971 at the age of 5. At first I retained light perception, which slowly diminished to total blindness over 5 to 6 years. I loved television and still have vivid visual memories of some TV programs from that time. People of around my age (50) will remember children’s TV classics such as Mary, Mungo and Midge, Mr Ben, The Herbs and Trumpton. These programs filled our, by today’s standards, small screens with simple but enchanting images every week. My loss of vision did not dull my enthusiasm for the box and I continued to enjoy the same programs. Over the years I have come to realise that I was able to continue my enjoyment due to the amount of dialog and description but also in no small matter to the use of sound. Clearly in many of these TV shows the sound used was not actually real life sound but it did provide a way of interpreting elements of what was going on visually in parts of the programs that had no dialog.

In the main the stories in these shows were very straightforward and easy to follow but as I got older and my interests and tastes developed, the stories, and techniques for portraying these stories, became more complex. My family began providing audio description for me on the fly. This meant they would often be speaking across dialog and sound and unintentionally obliterating the very clues I was putting together to make sense of a story. I became frustrated at my need for description and slowly began to move away from television and film drama preferring documentary programming. The introduction of AD on TV and in cinema has drawn me back to occasional viewing but I am still frustrated and annoyed with myself and wish for the days where I could follow the action without the need for much AD.

I do of course know that AD gives me the opportunity to consume and understand and without it there would be gaps in my understanding. The Enhancing Audio Description project and being part of the advisory panel affords me the opportunity to at least express my views on how I feel about AD. It is a valuable opportunity to explore ideas around techniques that may end up with new methods of providing more subtle ways to enjoy entertainment.

We hope these two pieces demonstrate that not everyone with a visual impairment has the same requirements from AD or the same understanding of the description being provided.