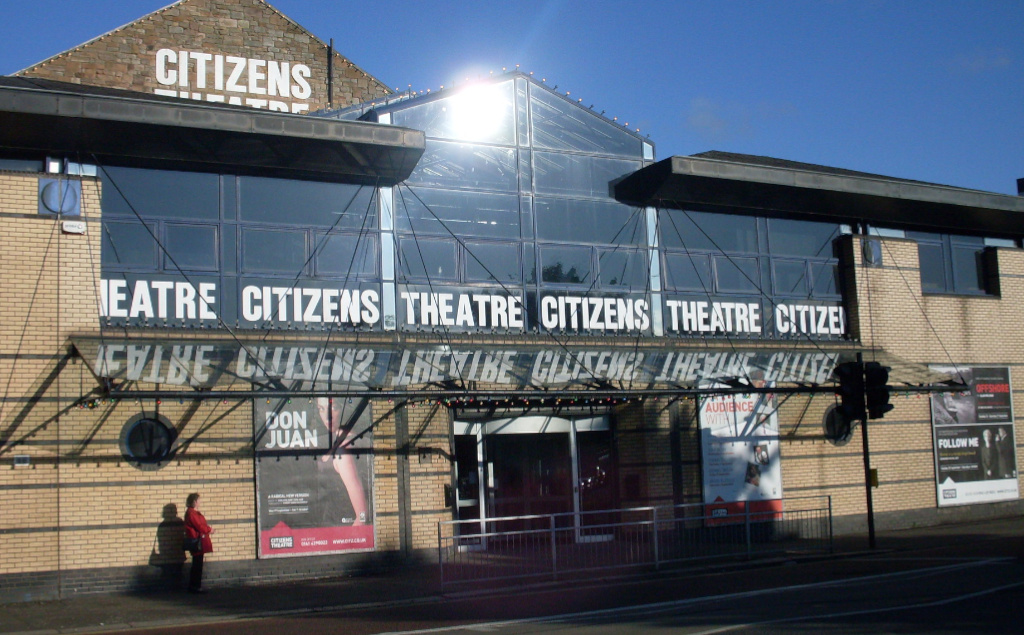 The Start of the AD movement in Scotland

An interview with Susan Gibson, an early supporter of live AD in Scotland.

Audio Description (AD) began in Scotland in 1988 with the work of Iris Brown, at the time, a producer with BBC Radio Scotland. Iris supported the idea of producing AD in theatres for blind people living in Glasgow. The Citizens Theatre in the Gorbals in Glasgow is where it all began.

In 1988 visually impaired people were invited along to the Citizens Theatre to take part in the first AD performance in live theatre. Guide Dogs for the Blind funded the cost for the receivers and transmitters at the very beginning of the project. The idea was to communicate the non verbal elements of live theatre into information received through headsets in order to enhance the theatre experience for visually impaired patrons.

Susan Gibson explained that audio receivers were small, the size of a cigarette box with a wire going up to a single earpiece. The patrons who were blind had to sit in an area that was close to this transmitter so that they could all receive the signal clearly. This meant that all visually impaired people had to sit together.

Iris trained volunteers on how to describe theatre performances. They used a script which interjected between the dialogues on stage to make sure it did not interfere with the intelligibility of the dialogue. Describers had to see the performance at least twice before they started preparing the script. AD gradually expanded to other theatres in Glasgow. The more people got interested in AD, the more companies worked in improving its technology. Soon AD expanded to opera and ballet and training courses were set up involving visually impaired consultants. Susan Gibson was a consultant at the time.

Theatre, opera and ballet have to be delivered as live commentaries, not as pre-recorded scripts. Since these early times, wireless headsets and facilities for the audio describers have improved. Now patrons can sit anywhere in the theatre. Some organisations, such as the Royal Shakespeare Company have describers who travel with the productions. When the Audio Description Association (ADA) Scotland and the ADA England were set up, Susan Gibson was involved with organising training courses, monitoring and overseeing the provision of AD. She advised on the training and provided feedback on the experiences she had at different theatres. She was also involved in training audio describers in Scotland and in Leeds for theatre, opera, and ballet.

The biggest AD performance Susan Gibson attended was ‘The Phantom of the Opera’ in London when 31 blind people and 9 Guide Dogs attended. There was a touch tour and she was even able to try the mask of the phantom on. They could examine the costumes, the set as well as the big chandelier that crashed down.

Susan Gibson also pointed out that it is crucial to make sure that theatre performances with AD are advertised in talking newspaper as it is a shame when nobody using the service turns up to the shows.

As a conclusion, Susan Gibson suggests the following for the improvement of AD:

“Consistency, maintaining professional standards of AD, so that we get the same service wherever we happen to be.”